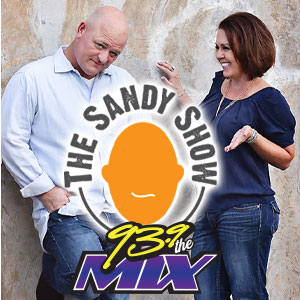 Sandy brings 29 years of experience to “The Sandy Show,” most notably as half of “The JB and Sandy Morning Show” in Austin, Texas.

Known as a guy’s guy with a big heart, Sandy started at the legendary WOW in Omaha while attending the University of Nebraska at Omaha. After graduating, he got his first morning show opportunity at WHEN in Syracuse, New York. Growing up a military brat made moving across the country and not knowing a soul seemed like a normal thing to do. After two brutal winters, the break of a lifetime came when he received a call (this was before email was the norm) asking if he would be interested in an opportunity in Austin, Texas. It was mid-October, and the high temp in Syracuse that day was 40; in Austin, it was 80. The decision was easy, and success followed.

Sandy tends to lose things and loves dark comedy, fishing and feeding the homeless. He holds the self-proclaimed world record of being a best man seven times.